You are here: News Companies putting public health at risk by replacing one harmful chemical with similar, potentially toxic, alternatives

A new report “From BPA to BPZ: a toxic soup? How companies switch from a known hazardous chemical to one with similar properties, and how regulators could stop them”, published today by CHEM Trust, highlights how industry is being allowed to replace the well-known hormone disrupting chemical bisphenol A (BPA), with very similar chemicals that may also be harmful.

BPA is a chemical that has been used in thermal paper till receipts, polycarbonate water bottles, and food can linings. It’s also a common contaminant of house dust. It was first found to be able to mimic the female hormone in the 1930s and in recent years there has been more and more evidence of its potential impact on health, including increased risk of breast cancer, impaired sperm counts, impacts on diabetes and obesity, and hyperactivity in children.

The European Union (EU) has banned BPA’s use in baby bottles, and is phasing it out of till receipts, but it is still extensively used in other products.

When BPA first came to the public’s attention over a decade ago, manufacturers scrambled to find replacement chemicals to use in products. Many found that the easiest option was to move to another closely-related bisphenol, such as bisphenol S (BPS). Researchers are now finding many of these closely-related chemicals in people around the world – and they are finding that they are also potential hormone disruptors. However, regulators are not yet controlling the use of these similar chemicals.

“BPA is now well known to have endocrine disrupting properties, affecting a wide range of the body’s systems, from reproductive organs to our metabolism. It is very worrying that a number of other bisphenols are now being found to have similar hazardous properties. It does not seem wise to be moving from BPA to these chemicals.”

The report also highlights that most companies selling BPS are claiming that it has no hazards. This is even though the European Chemical Agency (ECHA) Risk Assessment Committee (RAC) has said BPS has a “toxicological profile” similar to BPA and should not be used to replace it in products.

“This report shows that people and the environment are not being properly protected from hazardous chemicals as businesses are moving from one problem chemical in a group to another.

We need EU regulators to phase out groups of chemicals of concern, rather than slowly restricting one chemical at a time. We cannot continue to gamble with people’s health like this.”

CHEM Trust has written to the two relevant EU regulators, ECHA and the European Food Safety Authority (EFSA) to ask them to restrict the use of groups of similar chemicals to prevent the substitution of one hazardous chemical with related chemicals that have similar properties. The only exception to this should be if industry has good data showing the chemical they wish to use does not have the same properties as those of the chemical being restricted.

ECHA has started investigating BPS, but is asking industry for more safety data rather than regulating its use. As far as CHEM Trust is aware EFSA, the regulator responsible for rules on chemicals in food packaging, has not re-examined the toxicity of BPS or other bisphenols.

The infographic telling the story of BPA can be found here. 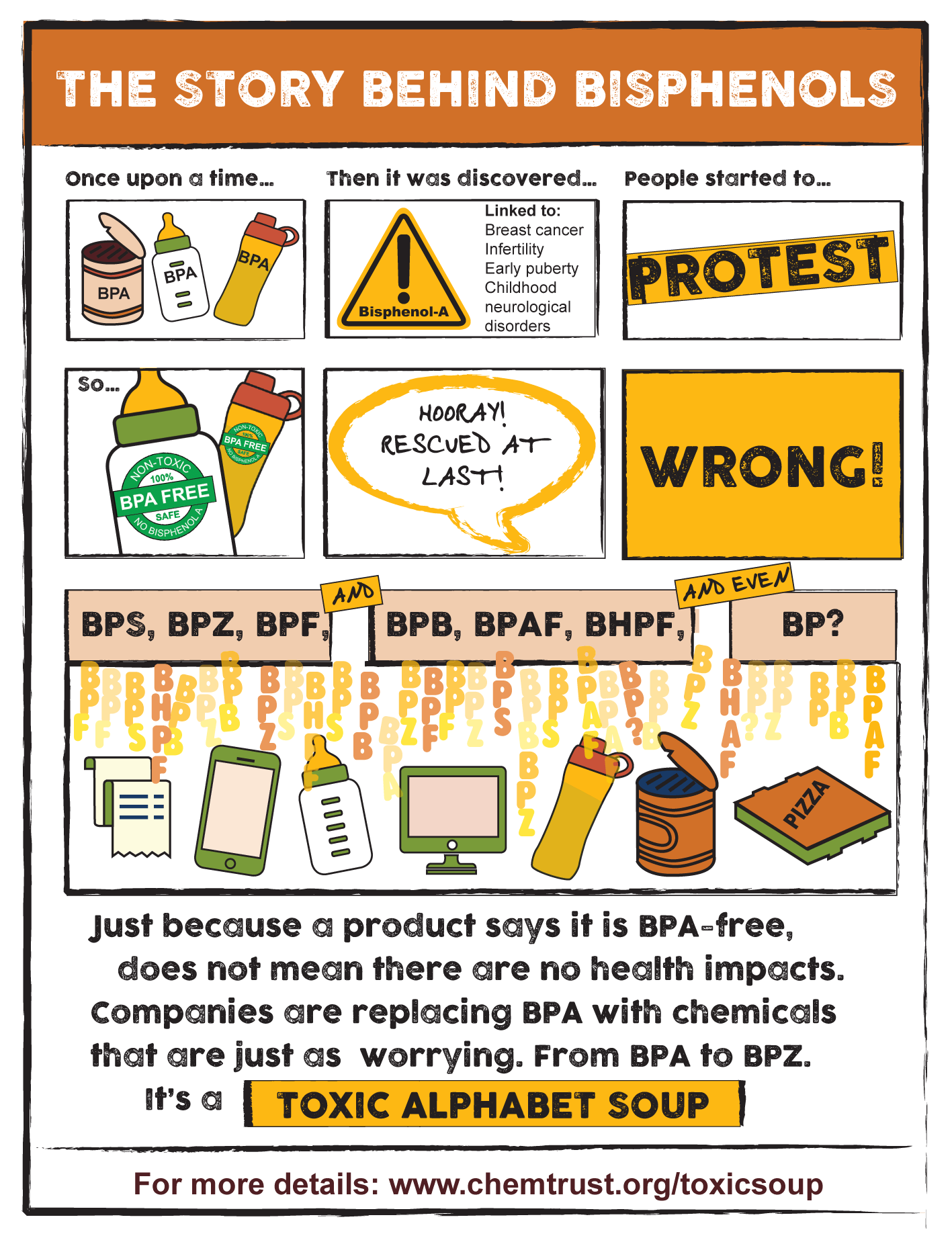 Read more
How damaging is breathing in microplastics? 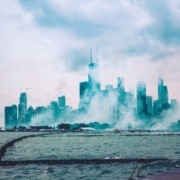 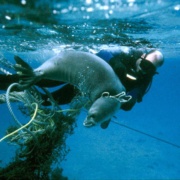 Problem of ghost nets larger than imagined
Scroll to top 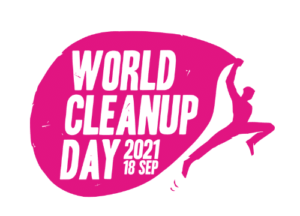